Skip to Main Content
It looks like you're using Internet Explorer 11 or older. This website works best with modern browsers such as the latest versions of Chrome, Firefox, Safari, and Edge. If you continue with this browser, you may see unexpected results.

How many Cooper Union marches are out there in the musical ether? 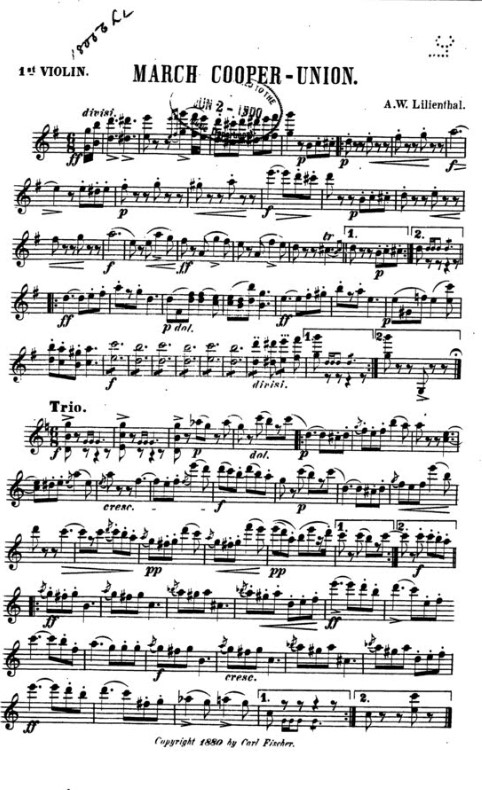 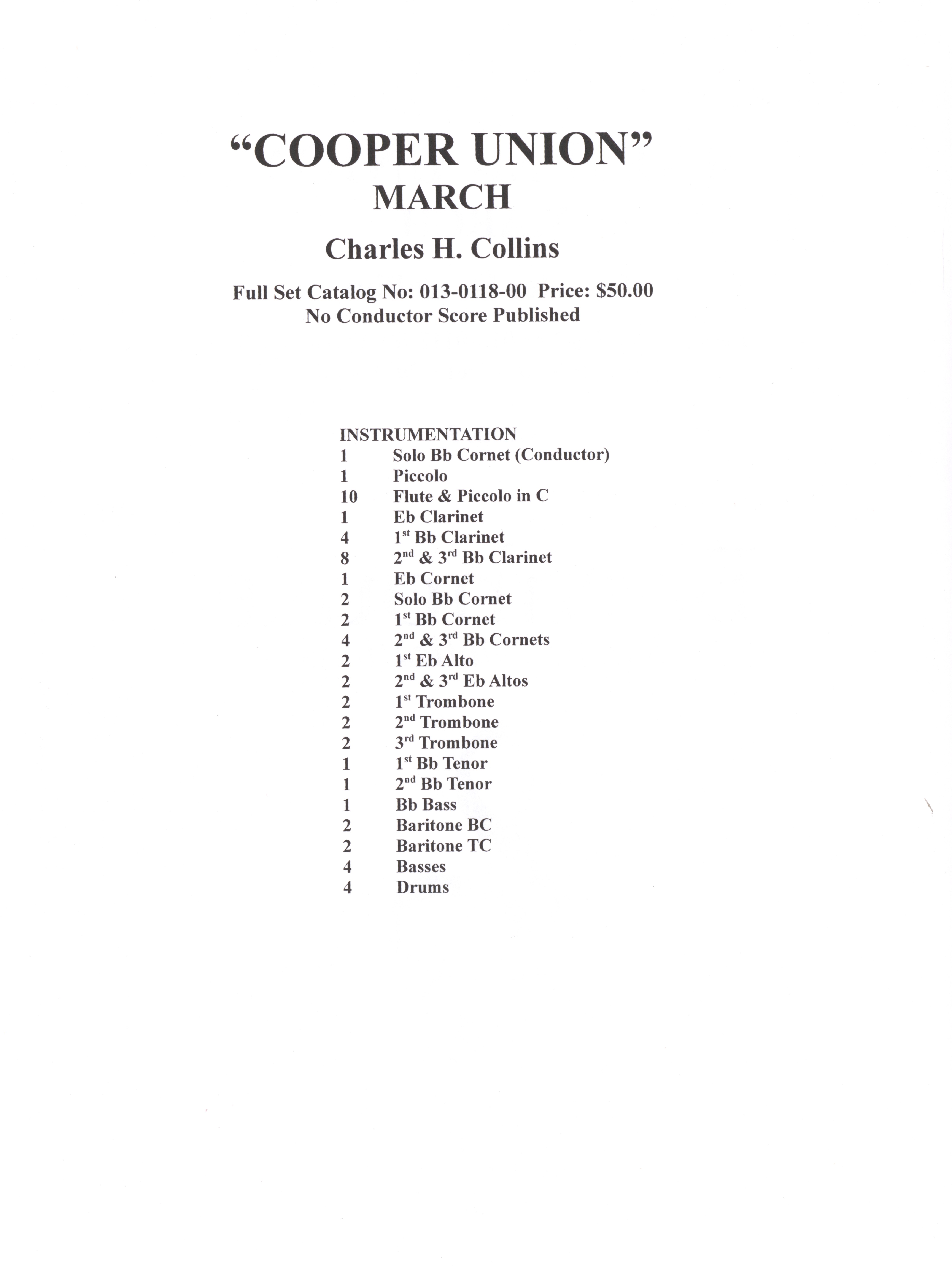 Both written in the last quarter of the 19th Century, the first, March Cooper-Union dates from 1880 and was published by our neighbor Carl Fischer and composed by Abraham Wolf Lilienthal.

Some of the solo instrumentation for cornet, 2nd trombone, and drums: 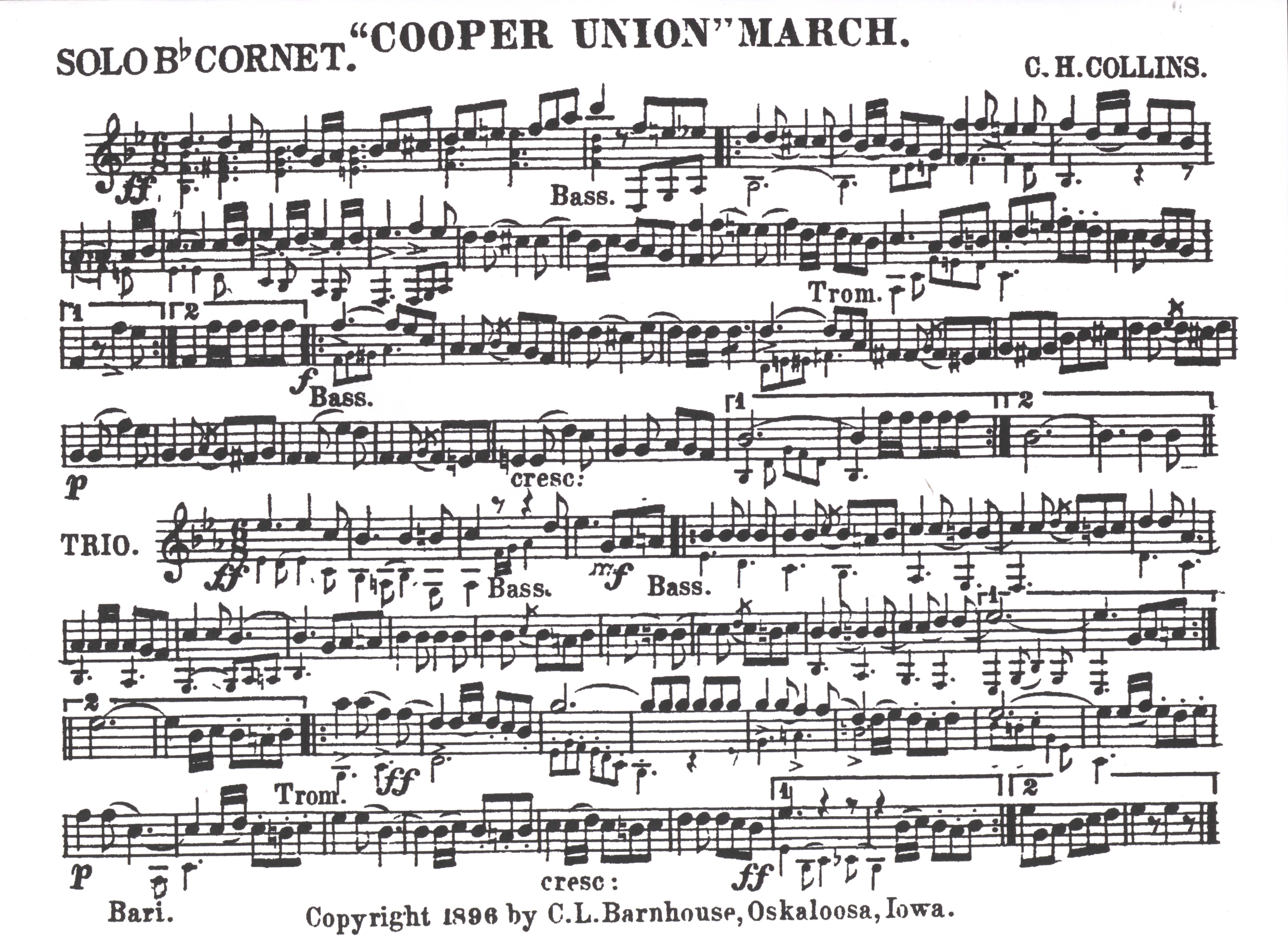 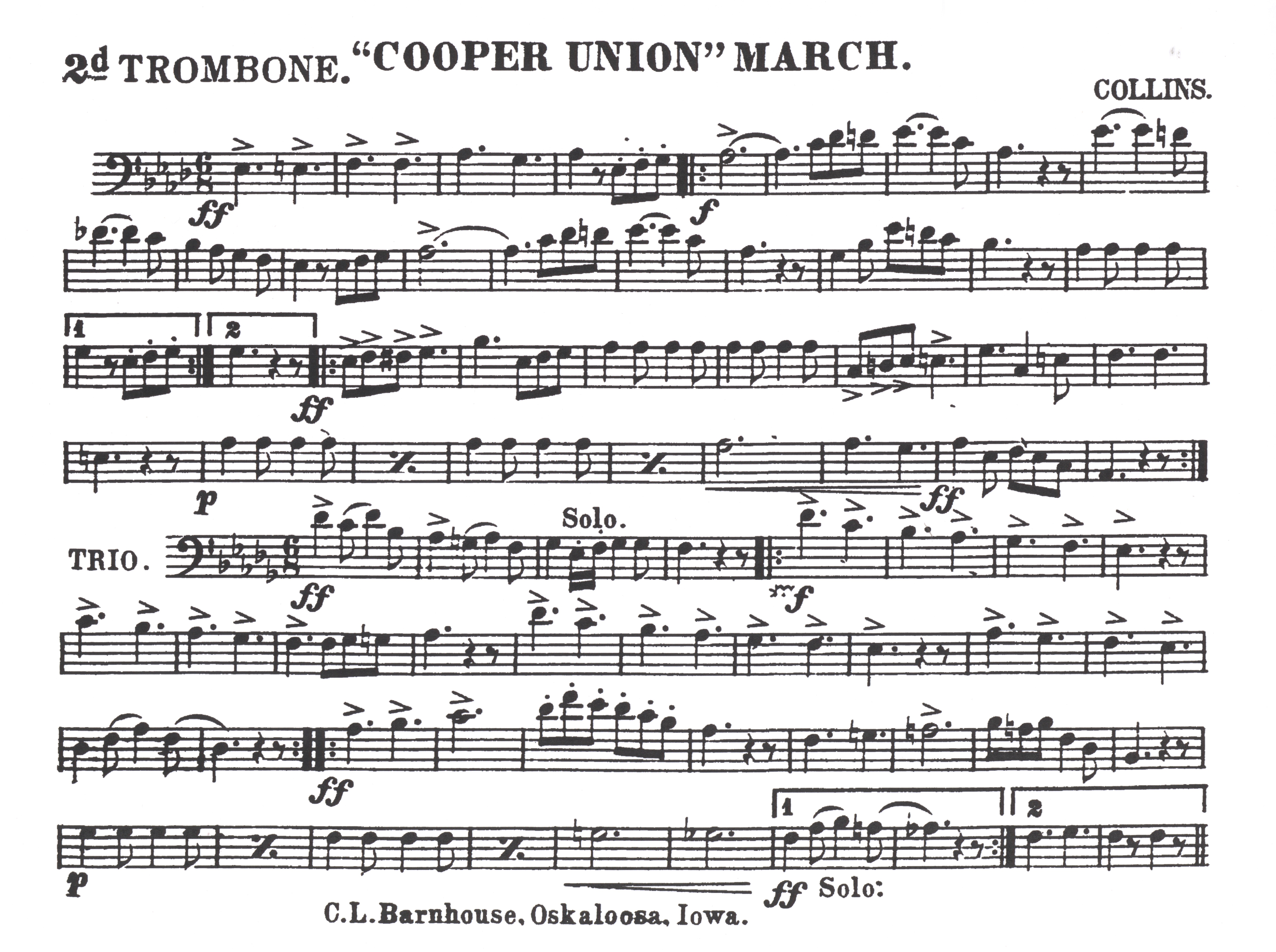 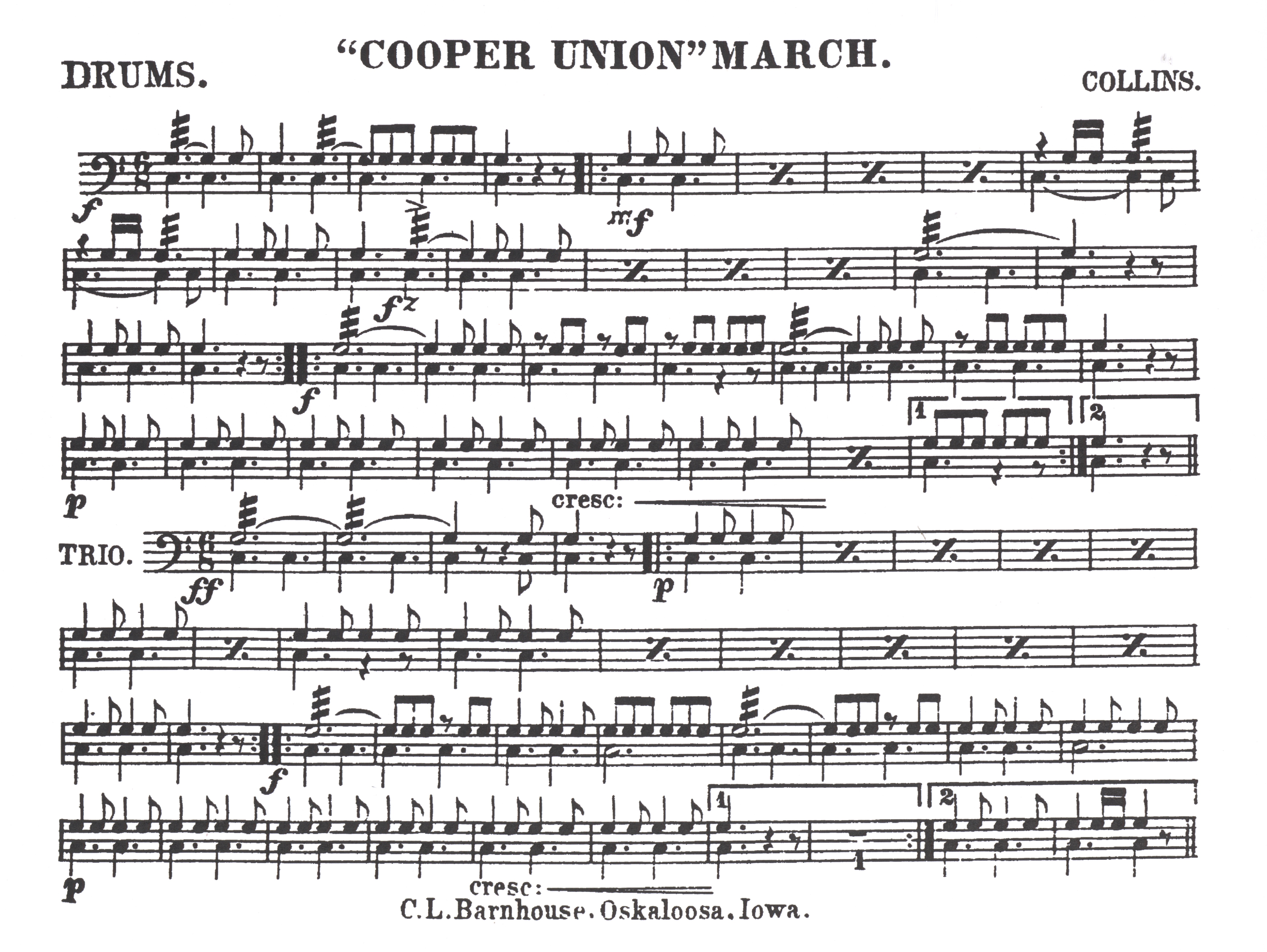 Image of March Cooper-Union courtesy of  Library of Congress. 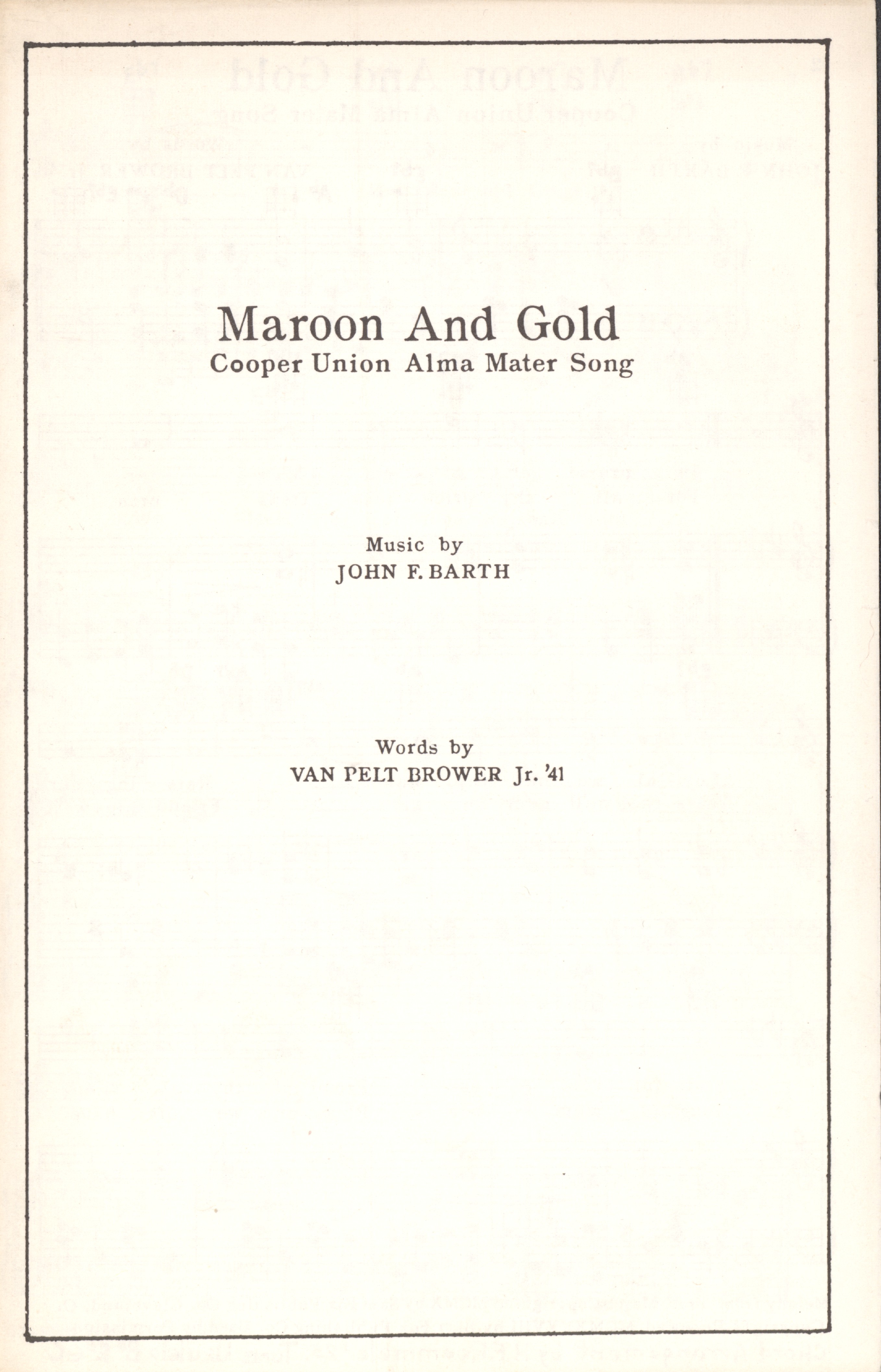 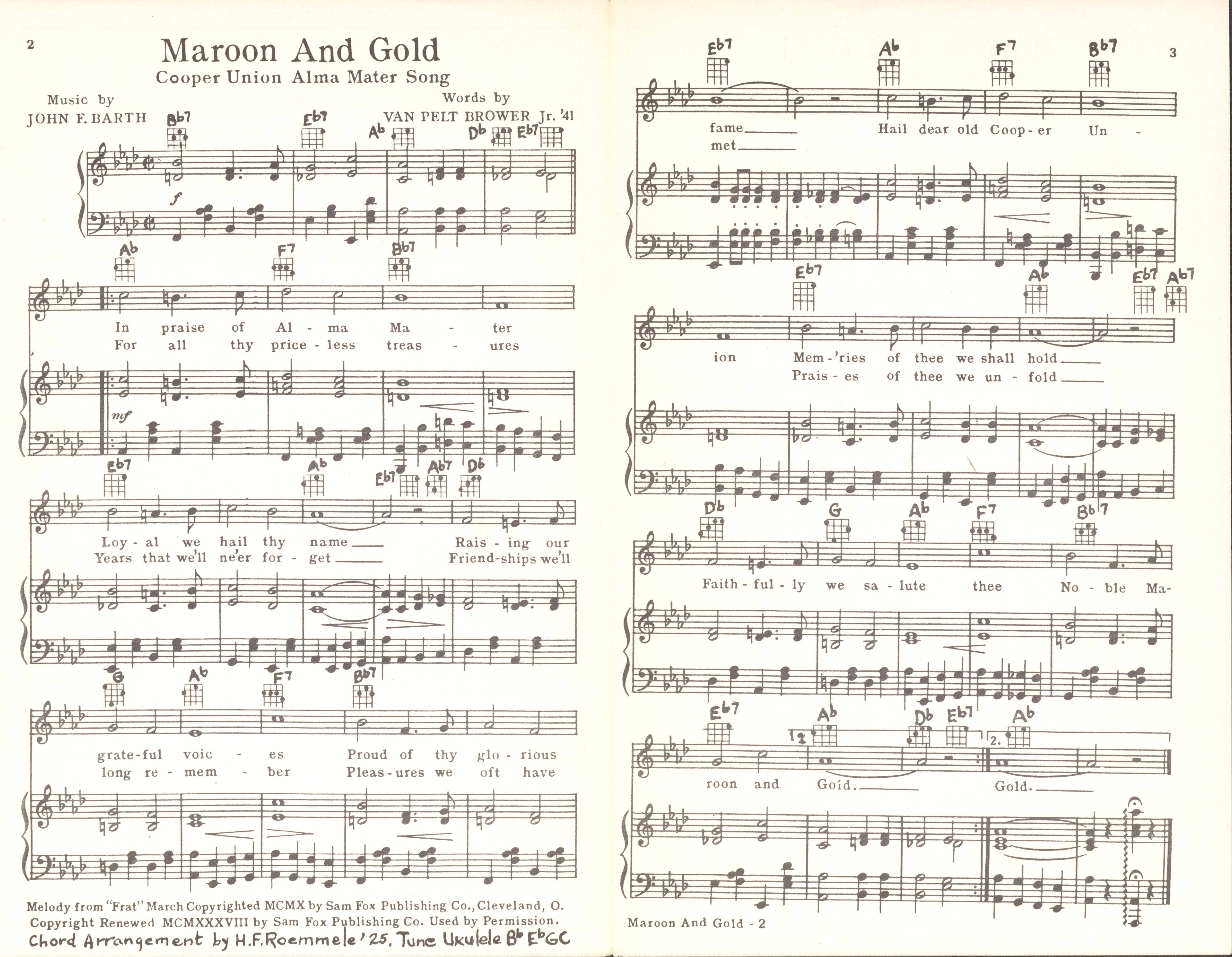 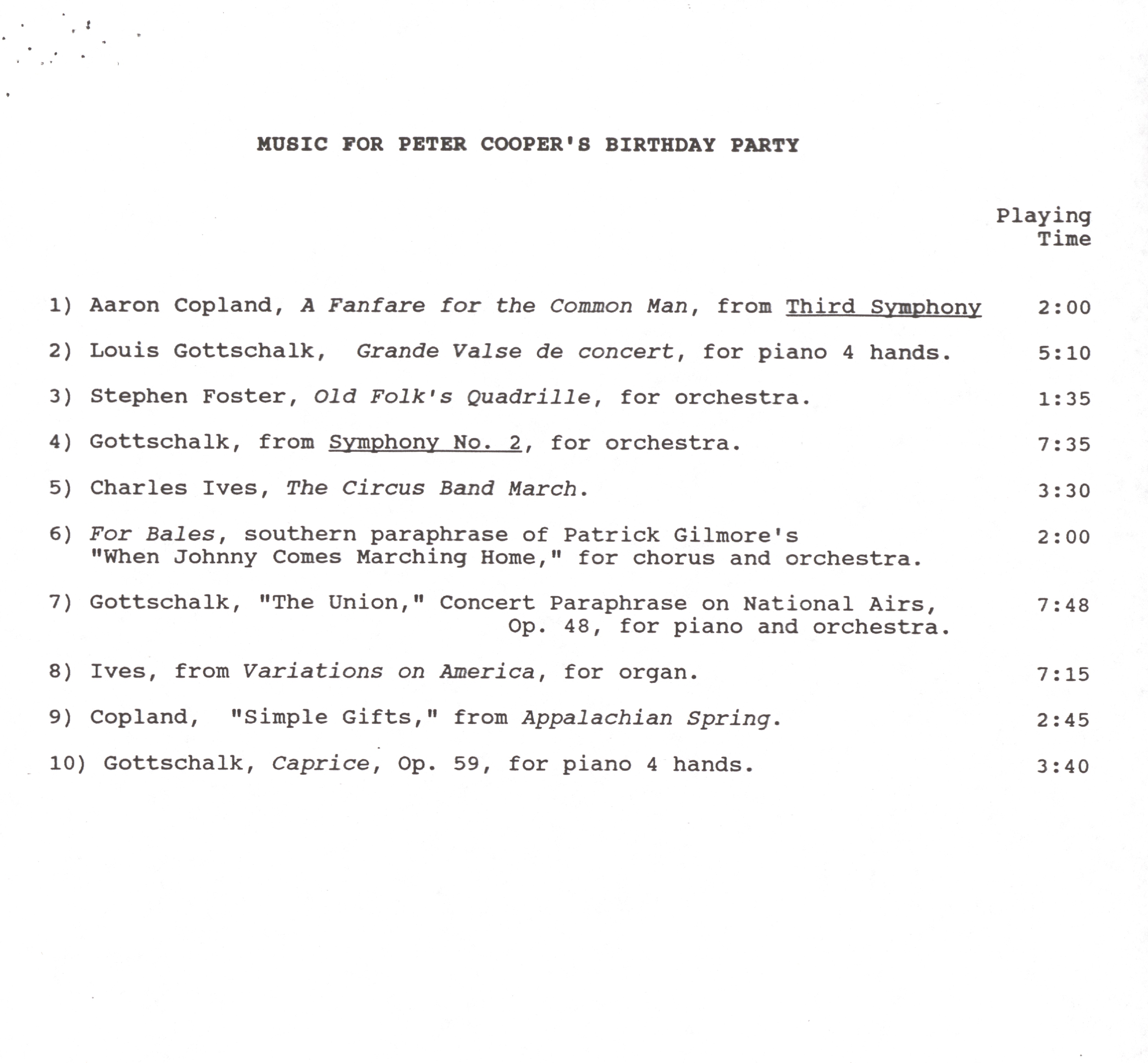 The playlist for the February 12, 1991 Peter Cooper birthday wreath laying.