Cooper Union Degrees and the Evolution of Higher Ed

The history of The Cooper Union is, in many ways, the evolution of higher education in America writ small. One example: the "proof" that The Cooper Union offers students who have completed coursework. 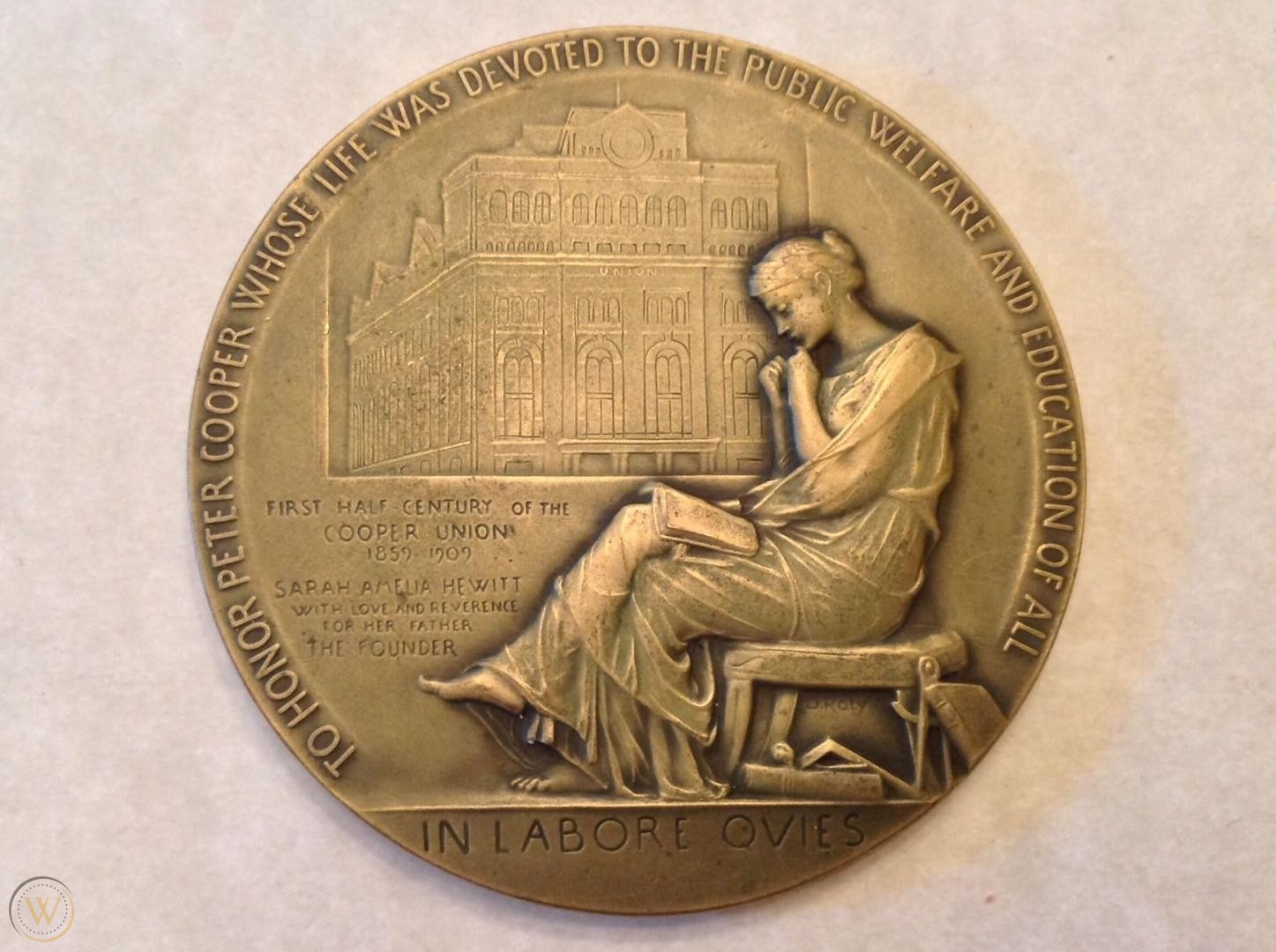 In the years immediately after The Cooper Union's founding in 1859, the schools of engineering and art granted students diplomas, certificates and - the highest honor - medals. The "diploma" then was really just another form of certificate. There were no actual degrees conferred, and none of the programs were accredited - meaning they hadn't been evaluated against recognized standards by an established third party.

This isn't as scandalous as it may sound, because accreditation wasn't really a thing in the U.S. yet. The primary entity that currently accredits The Cooper Union, the Middle States Commission on Higher Education, wasn't even established until 1919. The New York State Education Department, which must authorize any degree-conferring institutions in the state, also didn't exist, and wouldn't until 1904.

Looking back, it seems like this required a tremendous amount of trust on the part of the students who bought into a college (even a free school requires an expense of time) and the employers who hired them. But perhaps employers then didn't really care so much about college certificates, as long as students could demonstrate the skills they'd learned. Certainly in the 19th century a college degree was still a rarity - seen more as a social signifier than a sign of educational attainment, according to John Thelin's "A History of American Education."

But as views of college education began to change, so did the proof that The Cooper Union offered graduating students for their time and work. The first Degree of Bachelor of Engineering was awarded in 1906. Though there was still  "nothing to be done with a bachelor degree that could not also be done without one," according to Roger L. Geiger, Distinguished Professor of Education at Pennsylvania State University, the number of degree-granting colleges and universities was steadily growing. This was also when competing "diploma mills" began to pop up around the U.S. - schools that offered a certificate to show off, but no actual education. 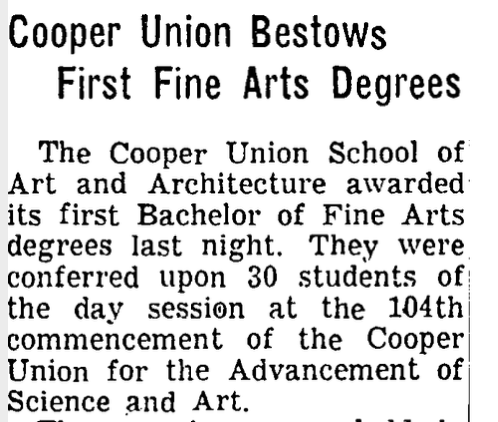 The Cooper Union was first formally accredited by Middle States in 1946, two years after the GI Bill passed, beginning a period of massive enrollment gains at colleges and universities around the country. In the 1939-1940 school year, U.S. student enrollment was under 1.5 million; by 1960, that number had more than doubled to 3.6 million. And in 1963, Bachelor of Fine Arts degrees were offered for the first time by The Cooper Union School of Art & Architecture (they wouldn't become separate entities until 1975).

Interested in learning more? View a growing collection of our Annual Reports and other materials related to the history of The Cooper Union in our Internet Archive digital library.  If you'd like to view particular materials in person, please reach out to us at archives@cooper.edu.