What was the Greenback Party? 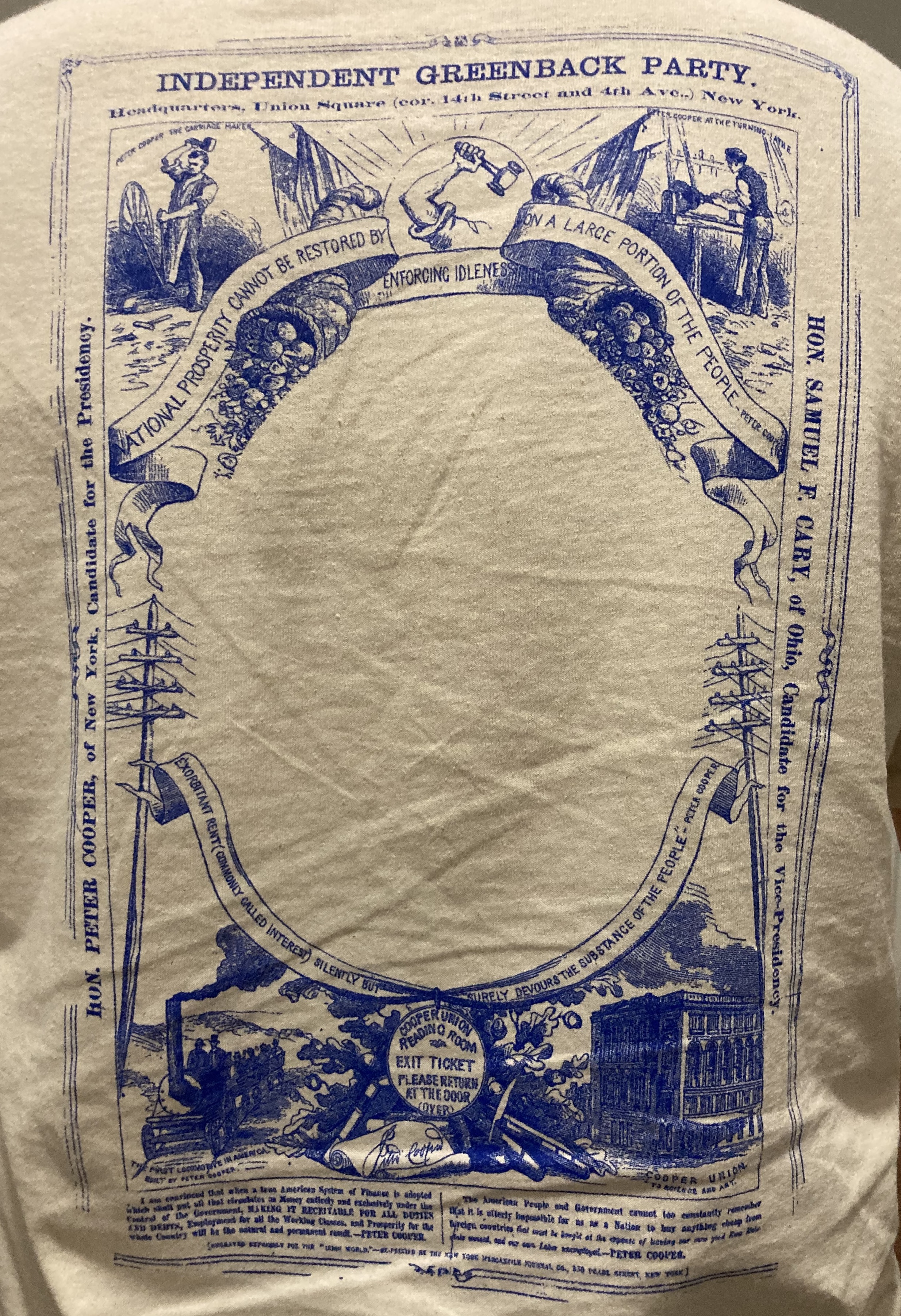 This week The Cooper Union welcomed new students with swag that included a very distinctive shirt: the words "Independent Greenback Party" run across the shoulder blades; below, draping ribbons declare:

"National prosperity cannot be restored by enforcing idleness on a large portion of the people."

These are both Peter Cooper quotes, and the image they appear on is a campaign poster for Cooper's third-party presidential candidacy.

Yes, Peter Cooper - founder of The Cooper Union, inventor of powdered gelatin and the Tom Thumb steam engine, man of the magnificent beard - ran for president of the United States. Here's how it happened. 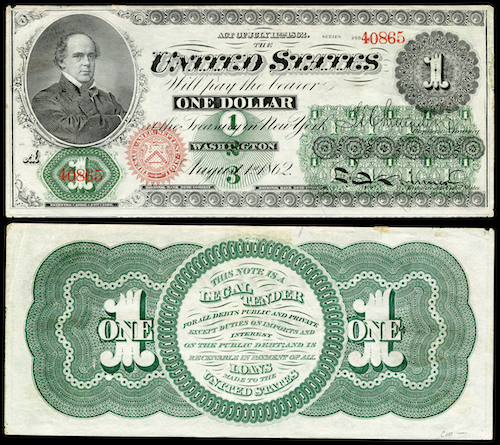 It's 1876. The American Civil War ended ten years ago, and the country remains chaotic, half-stitched, loose threads sticking out every which way. One of many debated issues is the status of greenbacks, or paper money, which the government started printing in 1862 as a solution to the looming threat of national debt.

The war had been expensive, and the only currency in the U.S. up to that point was pieces of gold and silver, or pieces of paper backed by gold and silver. Greenbacks - paper money backed only by government assurances - have helped tease the economic burdens of many people, and the nation as a whole. But unlike precious metals, these green slips of paper are unstable. After the war, the only thing guaranteeing the value of this paper money is the government's say-so. If politicians one day agree to stop backing the value of the greenback, it would cease to be money. It would just be paper.

In 1876 there's a real threat of this happening. People dealing primarily in money rather than goods - developers, creditors, bankers - are into returning to a system of "hard money": gold and silver. It's better for them. On the other side are farmers and laborers for whom the reduction or elimination of greenbacks seem like another economic hurdle, and yet another way for banks and railroads to become monopolies.

It's these "soft money" advocates who nominated Peter Cooper as the first presidential candidate for the Greenback Party. 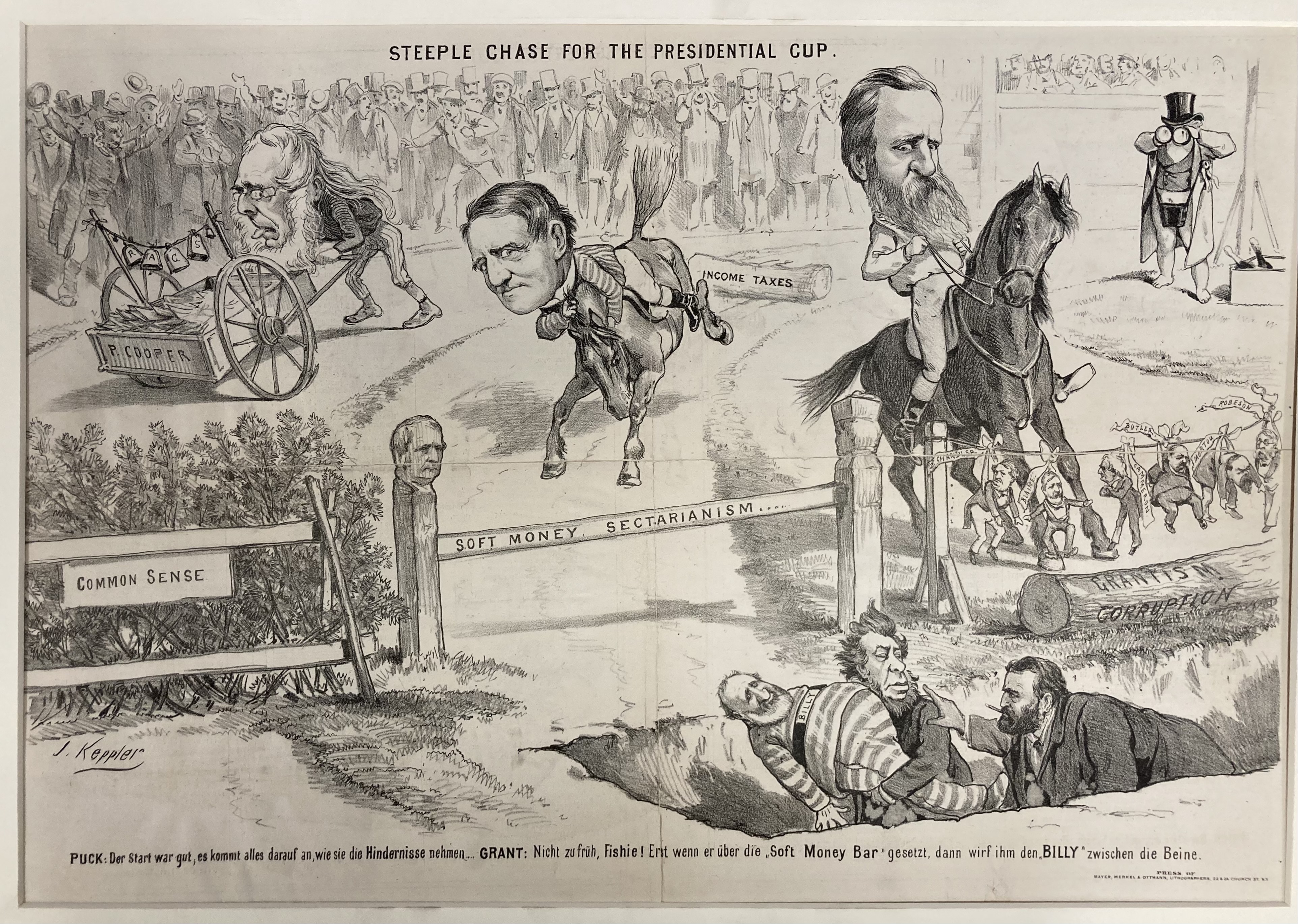 Nobody had an easy time of it in the election of 1876 - it was one of the most disputed elections in U.S. history. But one element that was not disputed: the Greenback Party's loss. Peter Cooper and his running mate Samuel Fenton Cary received 0.99% of the popular vote - just a fraction more than the Prohibition Party.

But - as you may have guessed by the lack of gold and silver pieces weighing down your wallet - the greenback itself did not lose. The United States continued issuing versions of the greenback all the way up to 1971, when they were replaced by the also-paper Federal Reserve Note.

And the Greenback Party didn't disappear either, at least not right away: they ran another presidential candidate in 1880, and their platform evolved to include the 8-hour work day, women's right to vote, and racial inclusion - radical ideas in the 1880s. They lost again, and were eventually folded into the People's Party. But like the greenbacks, their reforms stood the test of time.

Interested in learning more? Reach out to us at archives@cooper.edu for information on and access to Greenback Party-related material in the Archives. We also enjoyed this 7-minute history of the Greenback Party.