IOUs and Genius Pigs: Getting to Know the Cooper Family

Personal papers collected by archives tend to tell the stories of a certain kind of person: prominent citizens and political figures; successful business owners and philanthropists; the rich and/or famous. People important enough that someone bothered to say of their letters, "wait, don't throw that away, it might be valuable." People like Peter Cooper, whose papers are preserved in the Cooper Union Archives and Special Collections.

But while the city lauded Peter Cooper, and researchers wrote biographies of his life, his ancestors are a different story. Were it not for the family's sudden rise to prominence via Peter, their letters, business papers, and creative works may never have survived. Thus the existence of the Cooper Family papers offers us a rare window into what life was like for the average Joe in the late 18th and early 19th century.

The collection begins, as so many stories do, with money trouble. John Cooper - Peter's father - had to hassle the government to get paid for his infantry service in the Revolutionary War. He wrote the United States Treasury and the War Department pension office; he petitioned the U.S. Senate. This process went on for a couple years, finally resulting in a $40 payout.

The government wasn't the only source of headaches for John Cooper and his kin. There were also family squabbles over income and land rights, involving years of negotiations with lawyers and accusations of falsified deeds. There were accounts to be settled as John gave up millinery work for brewing, taking on apprentices and dealing with IOUs in the process.

But life was not all paperwork and money troubles for Peter Cooper's forebears. They also shared plenty of gossip, like the story of the learned pig that was apparently the talk of post-Revolution New York City . "It spells, cyphers, and distinguishes colours," writes an unidentified correspondent of her August 1797 visit to said pig, "and you may draw a card out of a pack, and it will tell (without seeing or hear what it was) that exact card, and how many mark there are on it." She assures the recipient that the pig was "natural," because "I saw it eat peaches."

About half of the Cooper family collection is authored by Peter's ancestors; the rest of the papers document the lives of his wife, brothers, sisters, and descendants as their fortunes changed along with the world around them. Some letters confess love, while others worry over illness (of the six kids born to Peter and his wife Sarah, only two lived to adulthood). Cousins sent each other poems and short stories, and a few family members composed booklets of their creative works. The latest item in the collection is a WW1-era letter from Capt. Schuyler Schieffelin to his wife Julia - Peter Cooper's great-niece - which includes a friend's poem about some of the less cinematic privations of war: drinking sugarless coffee and donating bedsheets to the YMCA. 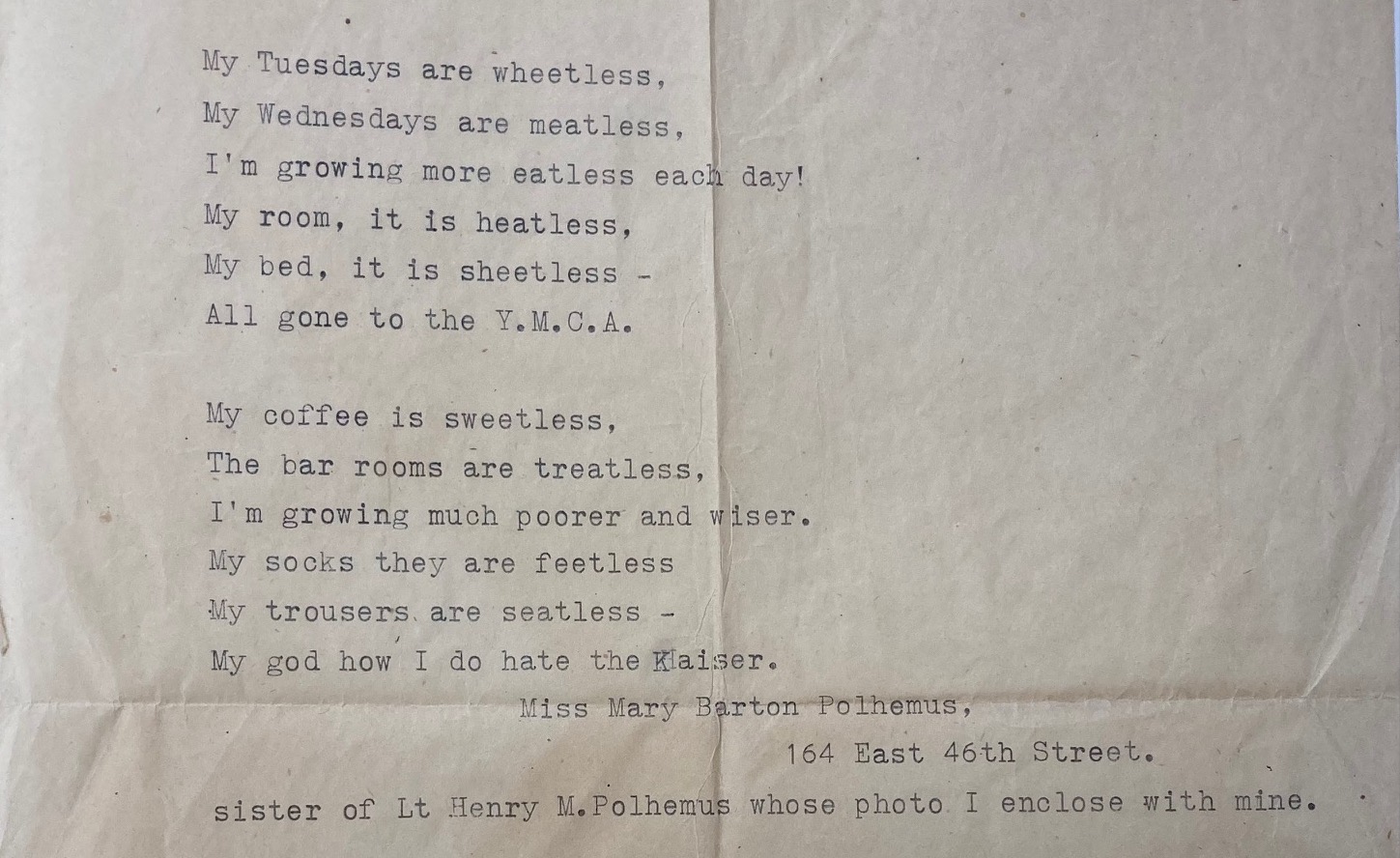 From the Revolutionary War to World War 1, genius pigs to the YMCA, the papers of the Cooper family provide a unique portrait of a century of New York life as experienced by a single family, and how one family member's rise to prominence affected the concerns and occupations of those around him.

Interested in learning more? View a guide to the Cooper Family papers on the Archives website. If you'd like to view particular materials, please reach out to us at archives@cooper.edu.